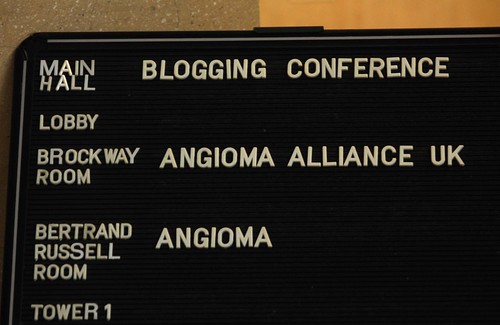 That first Interesting seems like ancient history now. It was so long ago that we had to invent - using Yahoo! Pipes or something - a way of doing a twitter backchannel via RSS.

And I'd never done anything like it before. Consequently I worried way too much and did far too many things. We had badges, logos, give-aways, volunteers and all the usual stuff we'd been trained to expect of a conference. In subsequent years I realised those things don't make that much difference, but they demand a lot of extra work.

The eventual formula was simple. Lots of interesting speakers. Short talks. Cheap tickets (but not free). No-one makes any money. Don't really tell anyone what to expect. Somehow this led to the best thing about Interesting - the audience/crowd. They came with hope rather than expectation - and with none of that big conference sense of entitlement. They're what made it any good.

It was also the only year we managed to both film everything and stick it on the internet. You can see everything on Vimeo and track the history back via this tag on m'blog.